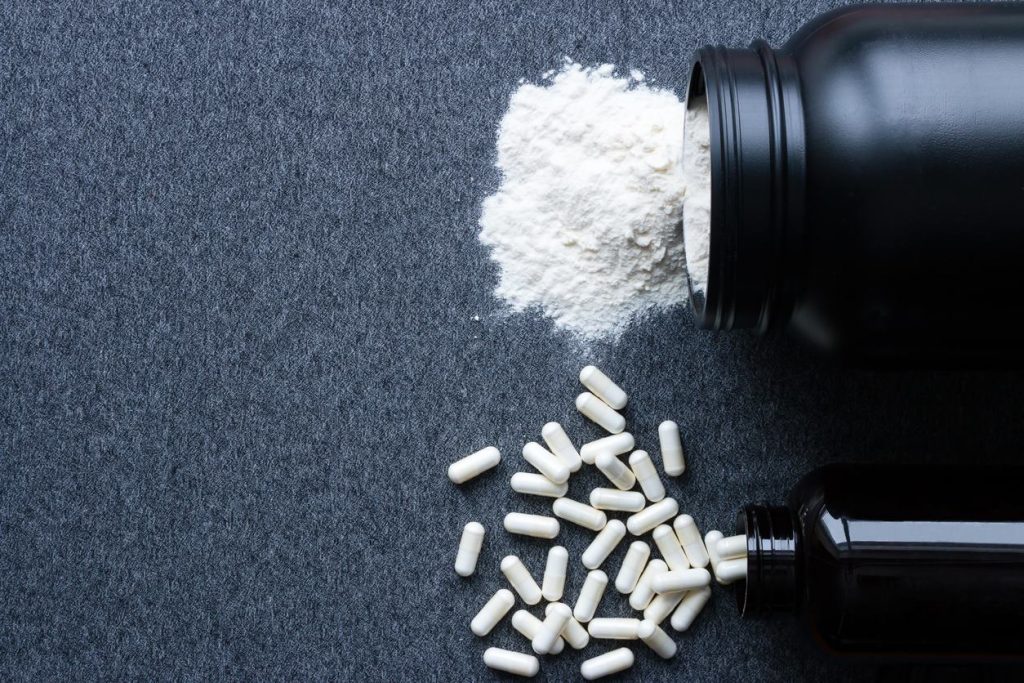 Here is some science behind creatine to give you an understanding out how it works in your body. Creatine is manufactured in your body from the amino acids arginine and glycine. These amino acids react to form a compound called guanidinoacetate. Your liver is what produces the creatine which will eventually enter the blood stream and be delivered throughout the body for use.

The body only makes about 1 to 3 grams of creatine per day which is not optimal for muscle gains. This means that the integration of a creatine supplement daily will increase the chance for more muscle growth. Creatine, whether a big believer in it or not, is actually consumed in your diet. You can obtain a minimal amount of creatine through the meat and fish you eat. The more meat or fish you have in your diet the more creatine you will have for your body to use. It’s an amusing parallel between strength athletes and the amount of meat they consume. They have been noted to consume ample amounts of meat which shows a positive relationship with the amount of weight that can be pushed.

Creatine is deemed with the false reputation of only flooding your cells with water causing a bloated look which will eventually fade after a discontinued use. The effect creatine has in the body supersedes more than just the cell volumizing effects. Creatine has been researched for a countless number of years and is found to be crucial for unlocking your true physique potential.  I am a huge fan of creatine especially in the form of micronized creatine monohydrate. This is for the simple reason that being micronized signifies it has the best absorption rate, and being a monohydrate represents the highest quality of creatine to be ingested.  Creatine promotes greater gains in lean body mass as well as increasing the bodies muscle hypertrophy. It has been researched to improve performance in endurance and strength as well as overall maximum effort output. It is also said that with the use of creatine monohydrate, athletes will experience an increase in the levels of mRNA for IGF-1 and IGF-2. The net result with the use of creatine is to fuel faster gains in strength and muscle mass.

This article by Vinny Russo was originally posted on beastsports.com

What Is Yohimbine HCl?

Sacrifices, Decisions and Worth- Don’t Stop Reaching For Your Goals

Cardio and the Off-Season: The Arch-Nemesis