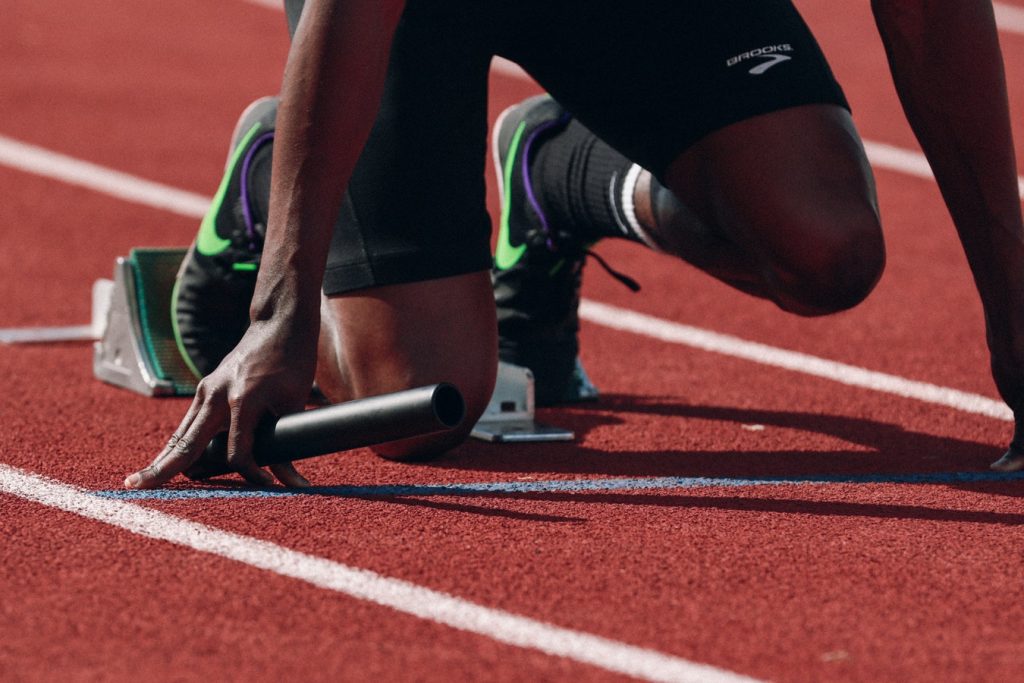 When engaging in resistance and strength training you need to focus on your type II muscle fibers. These muscles fibers, known as fast-twitch fibers, are the ones that can enlarge in size, and can develop strong muscle contractions.  Type II muscle fibers are able to generate tremendous power by contracting rapidly. If you look at Olympic sprinters, you can see that they are completely ripped with full, vascular muscles, almost like Greek Gods competing in the Heavens. The reason for this is that their bodies are mainly composed of well developed type II muscle fibers. They need these fast contracting muscle fibers to explode off the line and hit full speed within their first couple steps. If you compare their bodies to marathon runners, you can see a big difference. Marathon runners have bodies that are mainly composed of well developed type I muscle fibers. These fibers are slow twitch and contract at a slower rate of speed when compared to type II muscle fibers.  Another major difference between the two muscle fibers is that Type I muscle fibers (when compared to Type II) can contract for longer periods of time whereas type II only contracts in short bursts. This is why marathon runners can run for long distances where as sprinters can only run in short bursts. For training purposes, I would choose the Type II fibers

Type IIb muscle fiber benefit greatly with the supplementation of creatine due to their abundance of PCr. Type IIb fibers will fatigue quickly once the ATP and PCr levels become depleted. So when comparing the two fibers, Type IIa will sustain longer, strong contractions due to its oxidative functioning, where as type IIb can only last as long as the ATP and PCr reservoirs last (hence why creatine is so important).

This article by Vinny Russo was originally posted on beastsports.com

Can You Run and Maintain Muscle Mass?

The 6 Principles Of Getting Lean